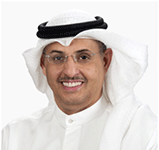 A registered attorney-at-law admitted to practice law in Kuwait and other GCC countries; Mr. AlHumaidan has more than twenty-five years of experience in litigation, dispute resolution and legal consultation in these regions.

Prior to forming Mashora, he has worked at the Council of Ministers, Department of Legal Advice and Legislation. He started his career as an attorney-at-law in 1985.

Mr. AlHumaidan has acted as the President of the Kuwait Lawyers Association and Chairman of the Kuwait Municipal Council for two rounds. He has handled all legal issues conceivable over the time and has worked with most major regional and multinational companies in Kuwait.

He is a "dynamic" and "real" advocate, who renders legal advice, supervises legal practice of the firm and attends court sessions.

Mr. AlHumaidan is registered with the Courts of Appeal, Cassation and Constitutional Courts.

Member of Legislation Revision Committee in the Ministry of Justice, Kuwait

Member of Union of International Advocates 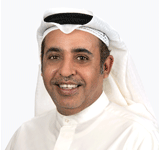 Khaled AlNughaimshy, a graduate from the Faculty of Law, Kuwait University, is a registered attorney-at-law admitted to practice law in this jurisdiction.

Mr. AlNughaimshy is specialized in all kinds of civil and commercial litigations. He has defended the rights of, and contributed to the success of many reputable companies in the region.

Prior to joining Mashora, Mr. AlNughaimshy worked as an attorney-at-law in civil and commercial litigations in a law firm that specialized in business litigations.

Mr. AlNughaimshy is registered with the Courts of Appeal, Cassation and Constitutional Courts. 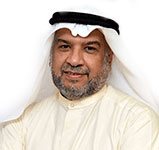 Tareq AlMaousherji, a graduate from the Faculty of Law, Kuwait University, is a registered attorney-at-law admitted to practice law in this jurisdiction. Mr. AlMaousherji has extensive experience in litigation, dispute resolution and legal consultation.

He is a prominent and successful businessman in the region who devotes time equally in rendering legal services and managing his routine business chores.

Mr. AlMaousherji is registered with the Courts of Appeal, Cassation and Constitutional Courts. 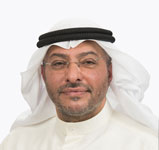 Yaseen AlRefai, a graduate from Faculty of Law, Kuwait University, is a registered attorney-at-law admitted to practice law in this jurisdiction. Mr. AlRefai is associated with Mashora since 1992 and besides providing counsel on all legal matters, he also acts in the capacity as the Legal Director and General Manager of the firm.

Mr. AlRefai oversees the administrative matters of the office including managing attendance for hearings, court orders, requests and executing court orders. He has twenty-five years of experience in delivering legal services and has advised some of the largest public and private companies on a host of complex legal issues. His areas of expertise include Civil, Criminal, Labor and Commercial Law. He is a bilingual lawyer fluent in Arabic and English.

He has broad experience in advising on a variety of legal and commercial transactions in the areas of banking, project finance, energy, environment, privatization, telecommunications, employment, insurance, construction, real estate, and the incorporation of different commercial vehicles.

Mr. AlRefai is registered with the Courts of Appeal, Cassation and Constitutional Courts. 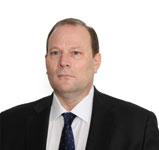 David Pfeiffer, an American national, is a counsel in the International Division of Mashora. Prior to joining Mashora, he was engaged in private practice in Chicago and New York (United States), and in Riyadh and Jeddah (Kingdom of Saudi Arabia).

Mr. Pfeiffer has been practicing law for the last twenty-five years out of which he has a legal practice of twenty years in Kuwait. Mr. Pfeiffer is ranked Tier 1 by the Chambers Global and Band 1 by the Legal 500, both the highest marks available to attorneys in Kuwait.

His areas of expertise include Corporate Law, Joint Venture, Commercial Litigation, Litigation, Arbitration, and Corporate Governance. He has provided counsel on a number of major government projects in Kuwait and represented large multinational companies, government-owned enterprises and companies in a diverse range of sectors, including energy, commodities, transportation, manufacturing and distribution, electronics, telecommunications, oil & gas, banking and investment.

Law Society of England and Wales 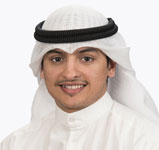 Abdulaziz AlSafran, a graduate from Bahrain University, is a Kuwaiti attorney-at-law admitted to practice law in Kuwait. He joined Mashora soon after completing his graduation.

His areas of expertise include corporate, commercial, civil and labor law. His experience in litigation includes corporate and commercial matters, intellectual property and trademark infringement, construction, complex tax matters, civil and labor cases, criminal cases, and appearances in the Administrative Court and expert hearing.  He is fluent in Arabic and English. 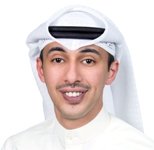 Abdulrahman AlTahous, a graduate from Philadelphia University (Jordan), is a Kuwaiti attorney-at-law admitted to practice law in Kuwait. He joined Mashora in 2017.

His areas of expertise include corporate, commercial, civil, criminal and labor law. He represents and advises a wide range of companies in Kuwait on a variety of corporate matters, including labor cases, high quantum general commercial contractual disputes and complex debt recovery matters. He has also advised and represented clients in several criminal disputes including fraud and money laundering claims.

He is registered with the Courts of Appeal, Cassation and Constitutional Courts.

He is a bilingual lawyer fluent in Arabic and English.

Member of the Kuwait Bar Association 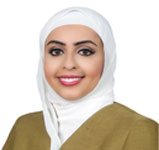 Reem AlFouzan, a graduate from Cairo University, is a Kuwaiti attorney-at-law admitted to practice law in Kuwait. She joined Mashora soon after completing her graduation.

Member of the Judicial Aid Committee 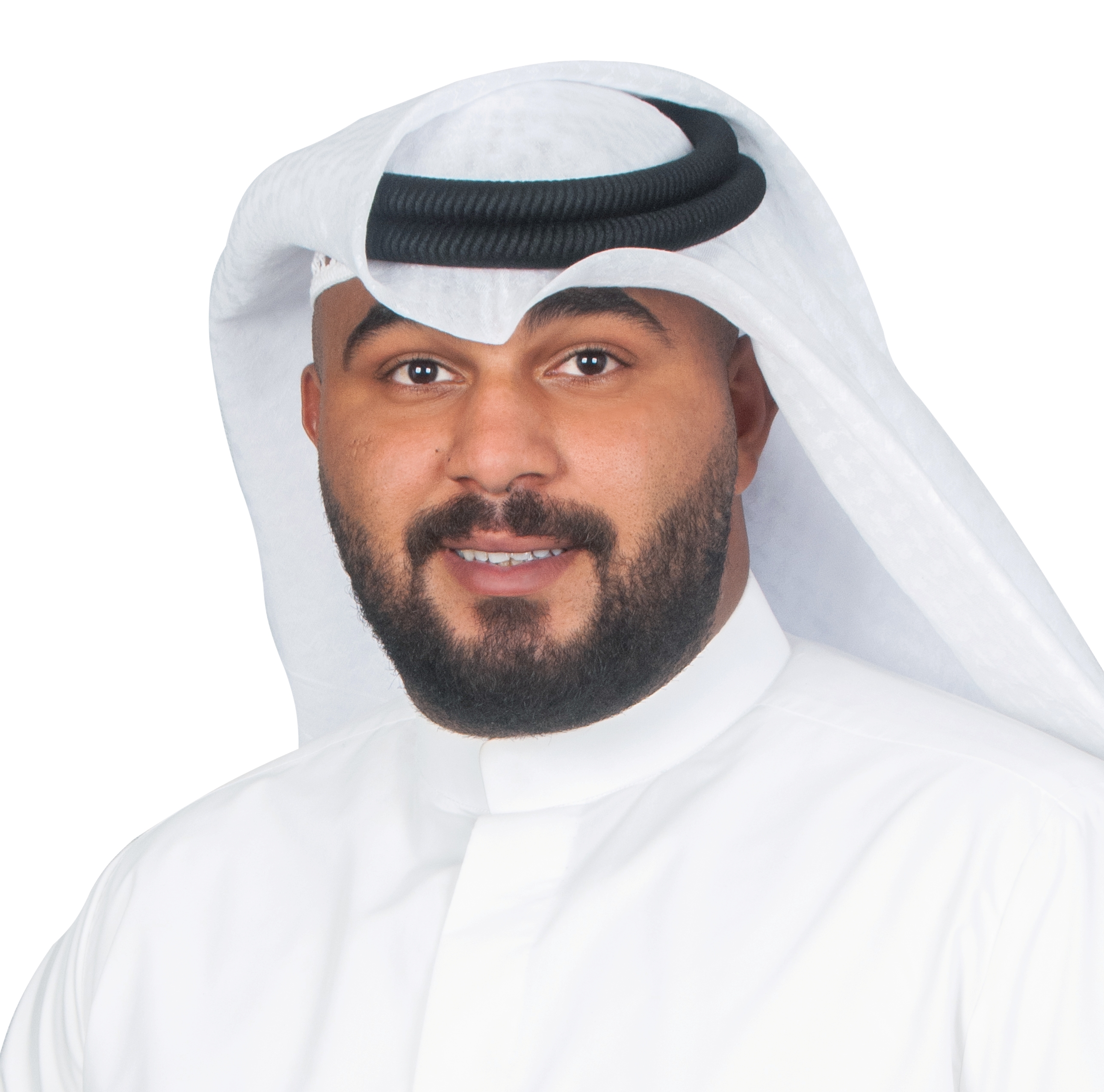 Dari Joined Mashora in 2019. He is a Kuwaiti attorney-at-law admitted to practice law before the First Instance Court in Kuwait. Dari holds an L.L.B from Al Zagazig University-Egypt. His litigation experience includes criminal cases. He is a bilingual lawyer fluent in Arabic and English 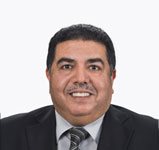 Sayed Eid is a Senior Legal Consultant with the firm and shares a long relationship with Mashora. He is associated with Mashora since 2004. Prior to joining Mashora he worked at a prominent law firm in Egypt and another two law firms in Kuwait. He has over twenty years of experience in all aspects of Kuwait law matters.

His areas of expertise include Civil, Commercial and Administrative litigations. He has broad experience in commercial contracts, mergers and acquisitions, corporate finance transactions. He is fluent in Arabic. 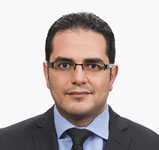 Ahmed AlLaithy is a legal consultant with Mashora and is associated with Mashora since 2011. Prior to joining Mashora he has worked at several offices in Kuwait and Egypt.

Mr. AlLaithy has more than nine years of experience in Kuwait. His areas of practice include Civil, Commercial and Real estate. His practice also includes assisting with mergers and acquisitions, setting up of various corporate entities and drafting wide range of agreements. He is a bilingual legal consultant fluent in both Arabic and English.

He has advised a large number of multinational and local companies of different industries, such as mobile telecommunications, oil and gas insurance, pharmaceutical, real estate, food & beverage, automotive and investment banks. 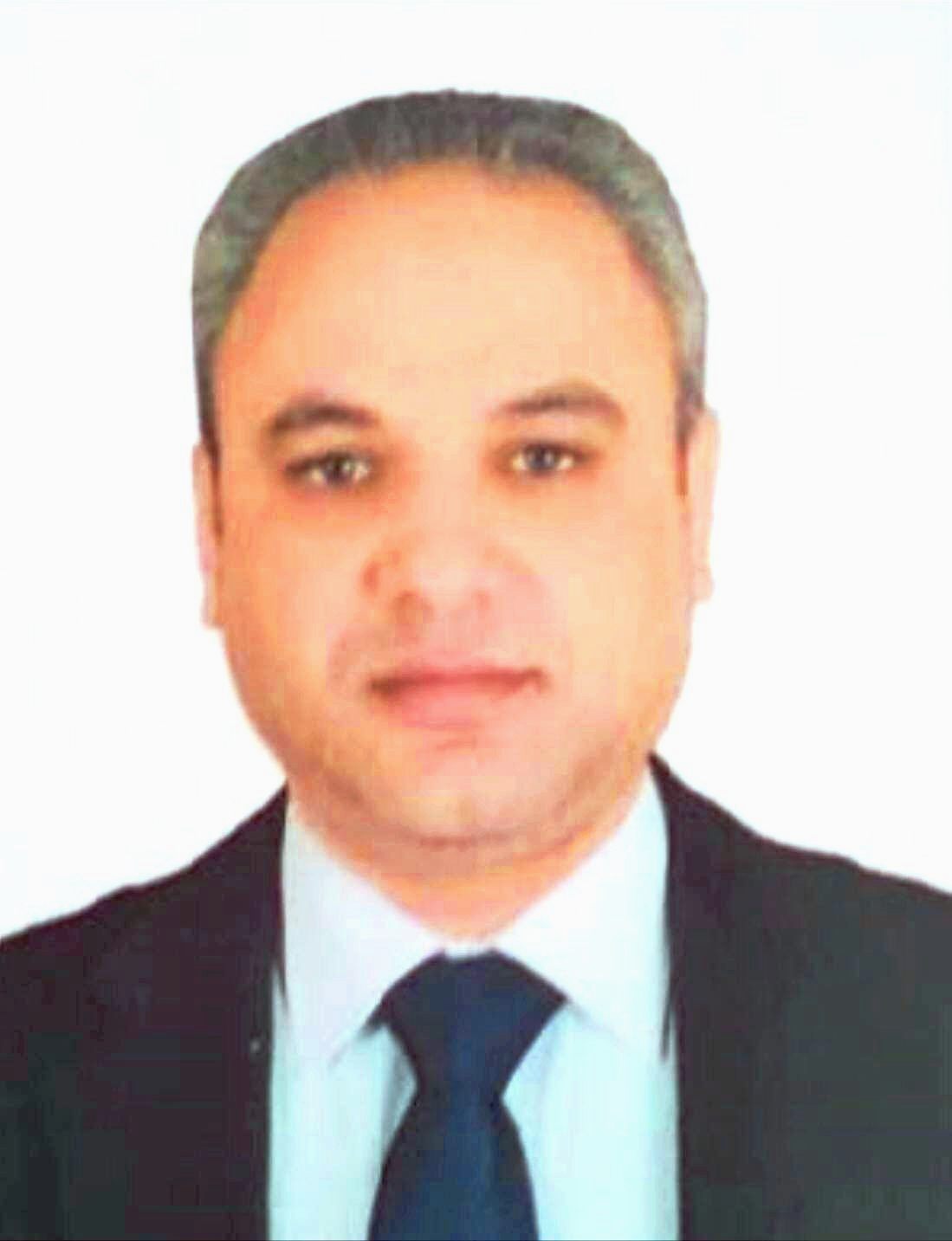 Mohamed Talha is a legal consultant associated with Mashora since 2018. Prior to joining Mashora, he has worked with several law firms in Kuwait and Egypt. He has more than 10 years of Experience. He provides legal consultation to a wide range of companies in Kuwait on commercial contracts; distribution and agency agreements, joint ventures, share purchase and sale transactions, corporate restructurings, corporate governance issues, partnership agreements, licensing and sales agreements. His areas of expertise include civil, commercial and administrative cases. Mohamed practice language is Arabic.

Talal Bijjani is a Senior Legal Consultant in the International Division and joined the firm in August 2020. Talal has more than 15 years of experience as a business and transactional lawyer. He has been acting for clients throughout the region on negotiating and managing strategic sales. Talal specializes in the areas of banking and finance, capital markets, project finance, restructuring, mergers and acquisitions, and corporate structuring. He advises boards and senior management on corporate governance.

Talal holds a Ph.D. in Asset Securitization from Lebanese University, LL.M in Banking and Financial Law from Boston University and an Islamic Finance Certificate from Harvard Law School. Talal was admitted to the Beirut Bar Association in 2003 and is a member of the Boston University Law Society and the International Bar Association. Talal’s practice languages are Arabic, English and French. 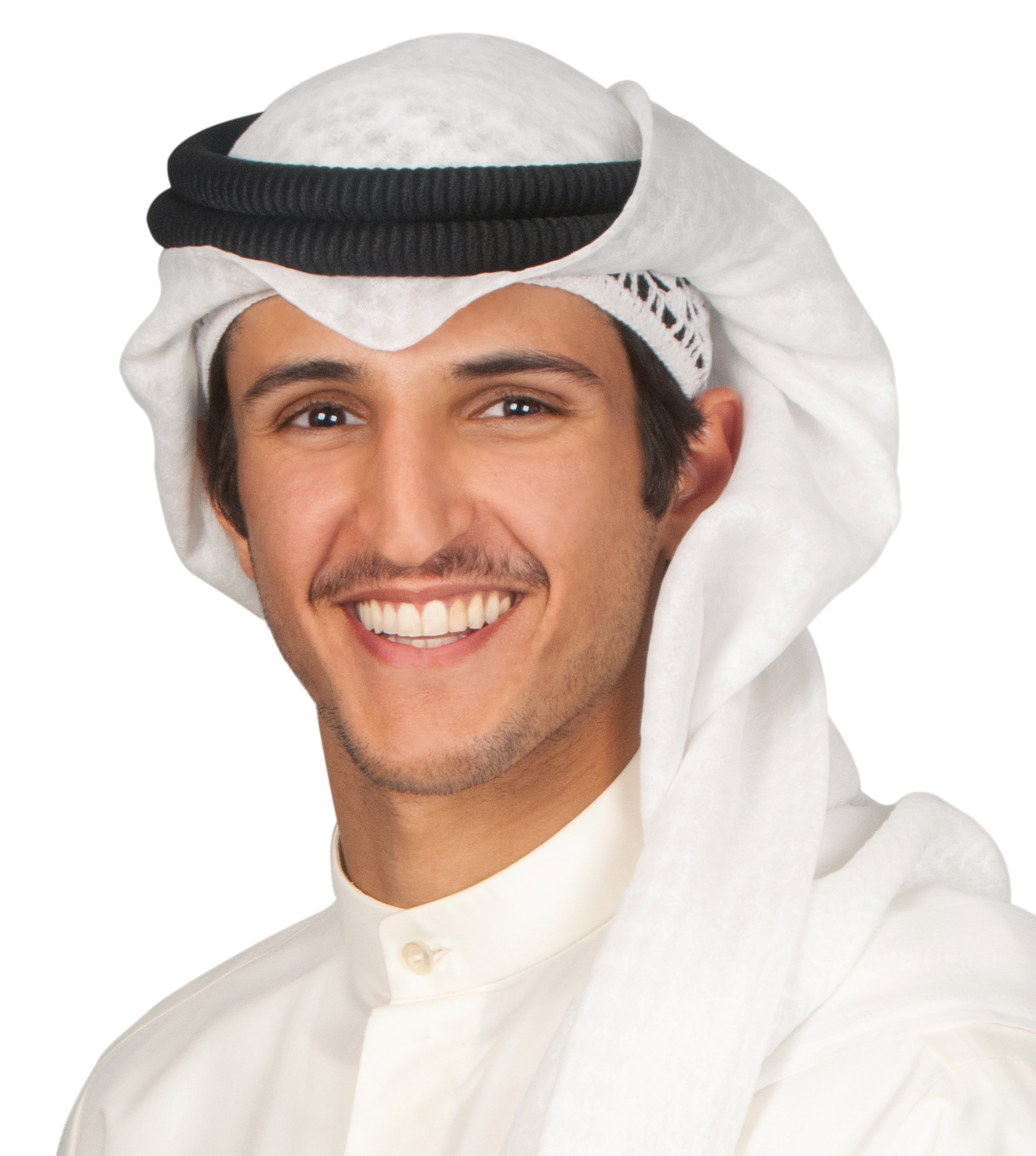 Meshari is an Associate in the International Division and joined the firm in September 2020.  Meshari has experience as a transactional lawyer, interning in Dubai, Boston and, most recently, at Wafra Inc. in New York. Meshari holds a J.D. from Boston University and a BSBA in Economics and Finance from the University of Hartford. Meshari was admitted to the New York and Kuwait Bar in July 2020. Meshari’s practice languages are Arabic and English.

BSBA in Economics and Finance, University of Hartford, CT